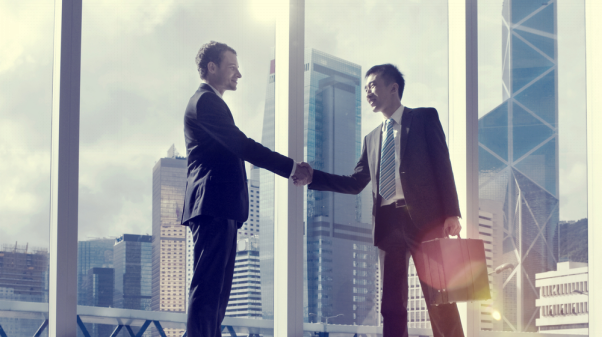 The draw of the coworking space is that it is a very social place simply because the set up encourages social interaction. Take a look at Servcorp’s coworking spaces in Hong Kong by clicking on the following link http://www.servcorp.com.hk/en/coworking/ to see how fun coworking can be. As you can see, there are plenty of opportunities to socialise in designated space in the office.

However, when in the office, professionals should keep a few things in mind. For one, most people greet foreigners with a light handshake. If in large groups, it is acceptable to introduce yourself, but if the group is small wait for someone to introduce you to the group. Also, behaviours that are considered inappropriate include public intoxication, so if you do find yourself at an event a good rule is to limit your alcohol intake to avoid embarrassing situations.

Saving face is a big concept in the Chinese culture and in business etiquette in Hong Kong. One of the things you will not see as a part of business culture is arguing and yelling. In fact, reprimanding, publically insulting, and just outright disrespectful behaviour is frowned upon in general simply because it contributes to public humiliation and can, in some cases, undermine the authority of the person in question. Much of this has to do with the fact that respecting the right of colleagues to have a good reputation is a part of business etiquette.

Conventional norms stipulate that men wear business suits or at least a buttoned-down shirt and smart trousers. Women typically wear business suits as well, skirts paired with blouses, or dresses. However, in the coworking space, it is not uncommon to see professionals dressed in business casual.

A good rule of thumb is to see get a feel of the establishment. If working in the Central District, which is a financial hub, business attire mandates corporate dress. Alternatively, if working in one of the trendy spaces radiating out of the city, the dress code may be more relaxed.

Coworking professionals should guard against any behaviour within the space that might be perceived as obnoxious. Talking loudly in the space, whether on a cell phone or to others, is frowned upon. While Western values do not necessarily promote public displays of affection, they are similar in their attitudes about PDA in the workspace. Finally, smoking is considered faux pas in some outdoor areas, for example, at beaches and parks.

If invited to someone’s home, always bring a gift. Fruits, flowers, and other light delicacies are acceptable, but avoid gifts with a deeper, negative symbolic value, for example, a gift of knives, scissors, or clocks are considered to be bad luck. Also, pay attention to colours. While in Western cultures white is considered good, in Hong Kong the colour is seen as unlucky. Instead, the colours red and gold are seen as fortunate.

Coworking has to be one of the easiest ways to work. In the Hong Kong coworking landscape, fun and socialising is a big part of the business script. Do not let poor etiquette interfere with making some great friendships by simply following a few of the above suggestions.